After converting to Islam James Lovegrove became the Secretary of the British Muslim Society and wrote the book What is Islam?.  He was also an active member of the Woking Mosque.

Watch James Lovegrove attending events at the Woking Mosque in the two film clips below.

Note: For smoother viewing allow time for the videos to buffer fully.

James Lovegrove can bee seen in the opening shot.  He is the tall gentleman with grey hair and a white beard, holding a top hat.  A little later on Lord Headley also appears. The Begum of Bhopal was Sultan Jehan, the daughter and successor of Shah Jehan, Begum of Bhopal who had funded the construction of the Woking Mosque

In this clip you can see him exiting the Mosque about twenty-five seconds into the sequence.

The picture below is a copy of a gift from one of JWL’s Muslim friends, enscribed with the following text: 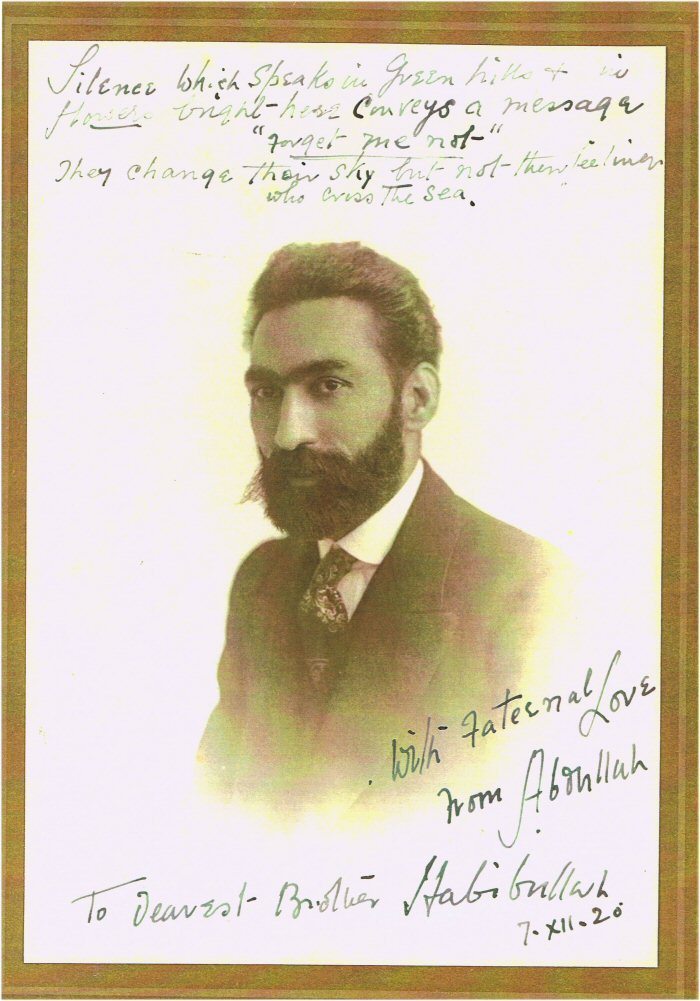